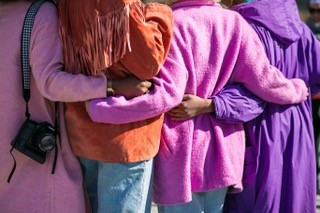 The Domestic Abuse Bill, but what does this actually mean?

We at I Choose Freedom are very excited at the prospect of a new Domestic Abuse Bill being pushed through the House of Commons by Theresa May before she leaves her post as Prime Minister of the United Kingdom.

Domestic abuse needs to be and should be everyone’s business and should be tackled across all parts of society not just the criminal justice system.

Some of the key areas this new Bill will aim to clarify on are:

The proposed legislation will introduce a definition of Domestic Abuse to include “emotional” and “economic” abuse for the first time. This aims to make it easier to prosecute perpetrators and provide more support for victims. Many people do not realise that economic abuse is a form of Domestic Abuse.

Better support for Migrant Women - ensuring full and equal protection for migrant survivors. Many migrant women face barriers when they try to report crimes and seek help -sometimes these responses are discriminatory.

Victim Safeguarding - We want victims who report domestic violence to be safeguarded by the police and the legal system. We also want to ensure police use bail conditions to safeguard survivors.

However, we at I Choose Freedom along with Women’s Aid have some concerns with the introduction of this new Bill. If the Bill is successful, there will inevitably be an increase in demand for domestic abuse victim services and refuges. The government needs to put together a sustainable and long-term plan in order to provide funding to ensure these services can continue and also improve the services provided.

This proposed bill is set to be introduced to the House of Commons on Tuesday 16th July and we will keep you updated on the progress of this Bill.