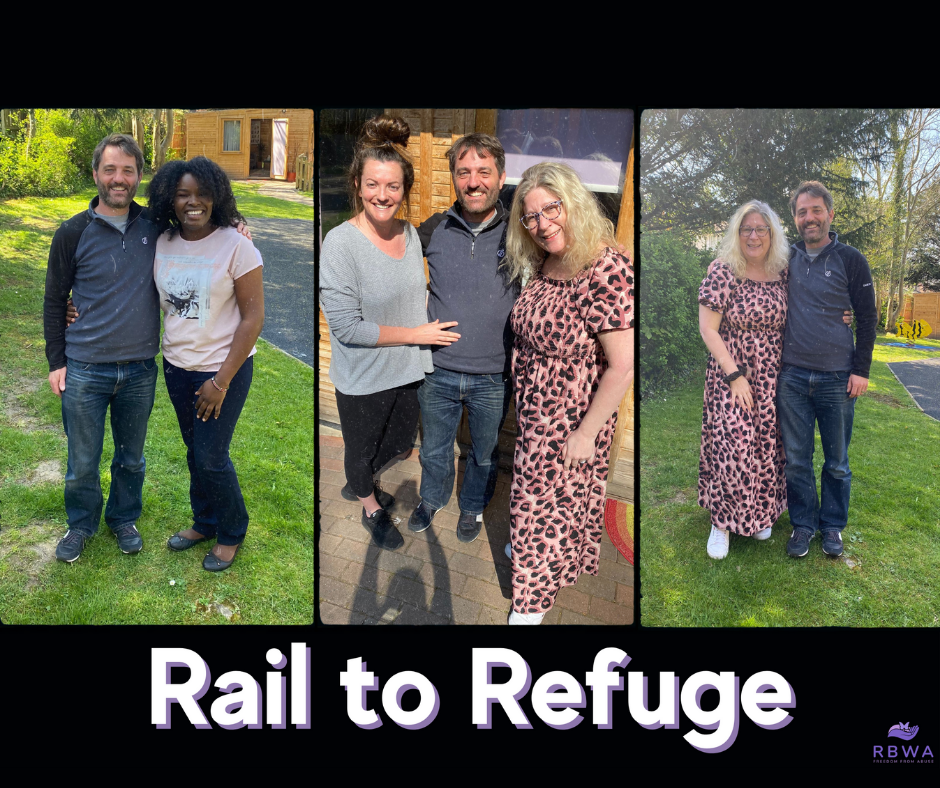 Darren O'Brien, the man who was inspired by our documentary and created the #RailtoRefuge scheme, came to the refuge.

In 2019, I Choose Freedom released a documentary filmed inside our refuge. After watching our documentary, Southeastern Station Manager Darren O’Brien was inspired to create change. He worked with Southeastern Railway to ensure that women and children were able to get free tickets for trains to escape domestic abuse. This is how the #RailToRefuge scheme was born. Soon other networks joined and in the first year, the scheme helped get 1,348 survivors, including 362 children over the age of five, to a safe refuge.

Today Darren came to where it all began. He visited the refuge where the documentary was filmed. It was an emotional meeting, our CEO Charlotte, and Head of Services, Emma, welcomed him with open arms. Darren was able to speak with one of the first survivors that his scheme helped, Carolyne. Carolyne is now a trustee for I Choose Freedom but without the Rail to Refuge scheme, without the spark that Darren created, she may not have made it to the refuge.

We are so grateful to Darren for what he has done, you have helped hundreds of survivors, because of you the Rail to Refuge scheme will save the lives of many more women and children! You have shown us that with compassion and an idea we can change the lives of others.

What's been happening
I Choose Freedom - Our New Name
Reigate and Banstead Women's Aid (RBWA) is becoming I Choose Freedom!
Read more
Embracing our differences
You're welcome regardless of what you look like, what you've been through or what you think will make you different from every other woman.
Read more
See more posts