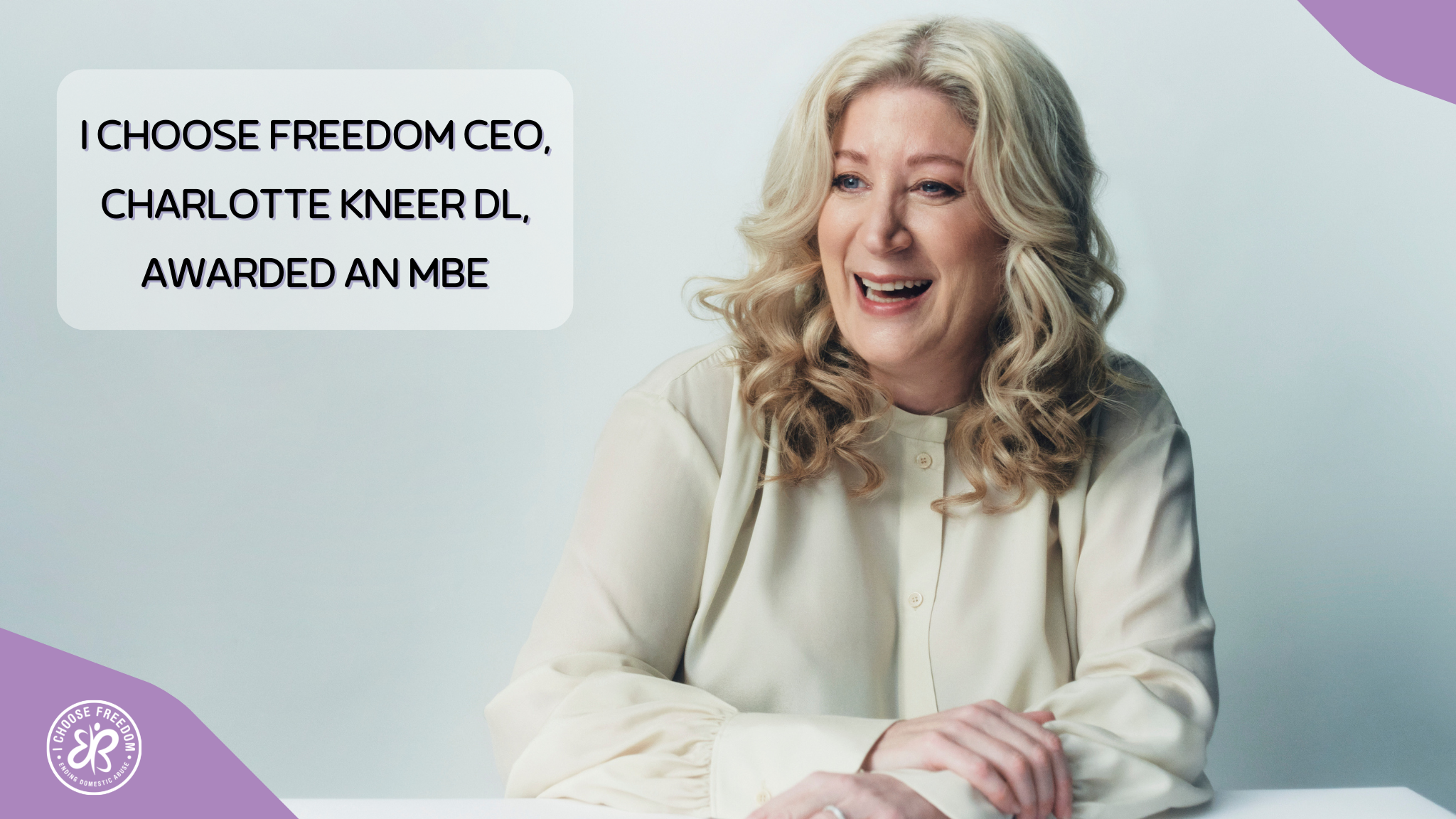 We are so excited to announce that our CEO, Charlotte Kneer DL, has been awarded an MBE!

We are delighted to announce that our CEO Charlotte Kneer has been awarded an MBE for her services to Domestic Abuse victims.

Charlotte has worked at the charity for 13 years, starting her career here as an advocate working directly with women. Charlotte, a survivor of domestic abuse herself, had experienced refuge life with her 3 children and returned to the perpetrator of abuse due to the awful conditions at the refuge she fled to. This was the main reason that Charlotte wanted to work in the domestic abuse sector, to make a difference to the lives of the brave women and children who were seeking safety.

Charlotte was shortly promoted to lead the organisation. As a CEO, Charlotte has worked tirelessly campaigning for change nationally and internationally, often re-traumatising herself talking about her own harrowing experiences just to have the voices of survivors heard, to enable other women to not have to suffer like her and her 3 children did. Charlotte has an exceptionally good media presence and has worked alongside BBC, ITV, Channel 4, Sky, print media and various radio stations. Charlotte recognises the importance of fostering relationships with the media to assist us in campaigning for change for violence against women and girls. Some of Charlottes biggest achievements include attending number 10 Downing Street, contributing to the Domestic Abuse Act 2021, speaking at the OECD in Paris and becoming a Deputy Lieutenant to just name a few. What incredible achievements these are.

When Charlotte first became CEO of the charity there was only space for 11 women and up to 24 children. Charlotte now helps 30 women and up to 60 children at one time, having tripled the provision for victims of domestic abuse during the global pandemic. It has always been really important to Charlotte that the refuges are a place a family want to call ‘home’. Charlottes motto is “if you wouldn’t want to live here yourself we need to do better.” Charlotte has changed the lives of thousands of women and children. How many people can say they save a life every single day?

Charlotte is the definition of brave, strong and inspiring. In our opinion there is no one who deserves to be recognized for her efforts and receive an MBE more than Charlotte.

We couldn’t be more proud of her.

What's been happening
I Choose Freedom - Our New Name
Reigate and Banstead Women's Aid (RBWA) is becoming I Choose Freedom!
Read more
Testimonial about the refuge from a woman about to start her new life.
We really try to support all the women in as many ways as possible. One of our women sent a message to a staff member at I Choose Freedom.
Read more
See more posts